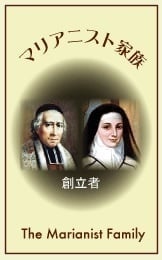 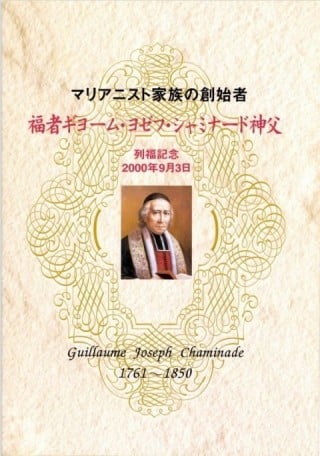 Grave (Bordeaux) of the Master shammy nerd
The shammy nerd father was born in southwest town Perigueux in France on April 8, 1761. After having learned in mushidan minor seminary followed by Bordeaux and Paris, in 1785, it was done holy orders by a Catholic priest. I took the birch for a while in mushidan minor seminary, but hid myself in Bordeaux as the French Revolution happened in 1789.

The shammy nerd father had to accomplish priesthood because he refused a "clergyman citizens' charter" to subject in the government in 1790 oath while deceiving the government official. In 1795, the persecution for the Catholic Church became the fire for 1:00 period, but persecution began in 1798 again. As the existence of the shammy nerd father had been already made public then, I was forced to exile.

The shammy nerd father chose Zaragoza in Spain as exile. This is because kon gerareta had there "the Holy Mother temple of Confucius of the pillar" to the Virgin Mary with there having been already many French Catholic priests. He spent three years here, but I talked about a method to revive Christ during this period at the mother country with co-worker Catholic priests and used a plan. One day it is said that I received establishment of "the Mali older brother strike family" and kizuritsureiji of "the group of people who do not die" namely the man and woman monastic order at last while a shammy nerd father prays before an image of the Virgin Mary.

The shammy nerd father who returned home in the autumn of 1800 gathered young people promptly. The young people were full of good will and enthusiasm and they were full of passion and cooperated with a shammy nerd father. I told the underprivileged child and concentrated power on helping the needy and a lonely person. I right expressed practice of the Gospel. Many assenters appeared and were able to form "konguregashion" (Holy Mother society) on December 8. This Holy Mother society became the base of the Maria monastic order establishment without Society of Mary and the dirt. As for shammy nerd God, 39 years old was in its prime then.

Give the position to God while living in society in 1809; living-in-; group of common cenobite "Alians mariaru" was born. Furthermore, the shammy nerd father instructed ramurusu Ms. (1754-1836) and was concerned with foundation of "the mizerikorudo society" for the purpose of the rebirth of the woman.

Daughter noble in 1816, aderu de Butts de torankereon (1789-1828, 2018 beatification)
I founded the monastic order "Maria monastic order without the dirt" of the girl in this together and founded "the Society of Mary" of the boy in 1817. Both monastic orders came out of "konguregashion" (Holy Mother society) of the believer. After having founded a monastic order, the shammy nerd father instructed a member as the president and closed an 89-year-old life in Bordeaux on January 22, 1850 while being bent on the Christianity spread.

The modern spirituality of the shammy nerd father was evaluated, and, on September 3, 2000, it was made beatification by Pope St. John Paul II.
Back to TOP